The Point of Google’s 20% Time is Not Time Management 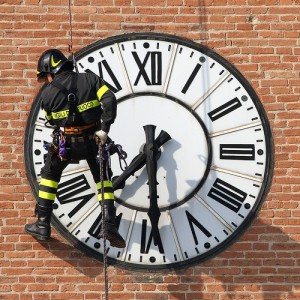 I've read a few articles and blog posts about the death of Google's famous 20% time. If you've heard me speak on Humanize in the last year or two, you'll remember me citing Google's now (apparently) defunct policy as an example of both decentralization (by extending decision-making authority) and experimentation. And many companies have followed Google's lead, like Intuit (I think they have 10% time, but still...).

And now that Google has ended this practice, I see people suddenly questioning its value. One article asked, "If Google isn't doing it any more, should your company be copying them?"

Folks, were you really implementing 20% time just because Google was doing it? Or because you read about it on a blog, or heard about it in a speech? Why on earth would you copy something that someone else is doing without understanding why that practice makes sense to you and your organization?! And while I'm on the subject, can I please throw that question in front of you as you debate whether or not to become more like Steve Jobs and Apple and have everything tightly controlled by a single visionary (those articles bug me too)? See my post the other week about the evil of best practices. Google was decentralized in its innovation, and now it is apparently centralizing it a bit. Does that mean Jobs was right? No. It just means innovation is important, there isn't one single path, and it's up to you to figure out how to do it.

Michael Schrage has a good post about 20% time and I think gets to the important issues at the end of the post.

Google has publicly defined itself as an organization that wants to be data driven in its most important business decisions. The company has put people analytics of individual talent and team performance alike at the core of managing itself. Yes, there's flakiness and inherent subjectivity in many of the metrics. But the simple truth is that Google as both a culture and a global enterprise wants to take more data more seriously.

The obvious result? Google's innovation culture is being shaped as much by the performance data of its people as by their technical intuitions and insights. In other words, tomorrow's Google won't embrace 20% "free time" for everyone; innovation best practice will mean some individuals and teams will have as much discretionary time as they need while others will have virtually nil.

Google is a different company today than it was three or four years ago. So is your organization, for that matter. Google, however, is constantly learning, and in doing so is sometimes changing its own best practices. Are you?