The Downside of CEO Experience 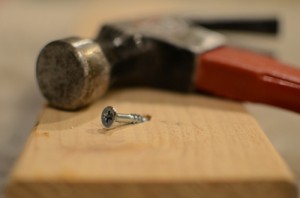 I had not intended to create a little CEO theme on the blog, but after Monday's post on the role of the CEO (still looking for CEOs to weigh in on that, by the way), I came across an interesting article in the MIT Sloan Management Review about the "CEO Experience Trap."

The authors did some research and determined that in the large, public companies they studied, taking over as CEO when you were previously a CEO at a different company was actually NEGATIVELY correlated with three-year performance in the new role. Why? The authors suspect that the experience the CEOs gained in their previous CEO job actually detracts from their ability to succeed in the new organization:

Prior CEOs may be too embedded in the norms, culture and routines of one organization and thus may underperform in another because they have developed fixed assumptions about how tasks should be done.

In other words, they move to a new context, but don't adapt to the new context. That's machine thinking at its best! The authors suggest things like finding an interim position that a new CEO can take so they can learn the context, or perhaps serving on the company's Board of Directors first. This would allow them to "unlearn" what they learned in their previous CEO job.

If the CEO's job is about culture, strategy, people, and finances (as I suggested in my last post), then obviously context is critical. Perhaps this article is telling us that context is more important than actually knowing how to do those things.