The Four Pillars of the CEO Job 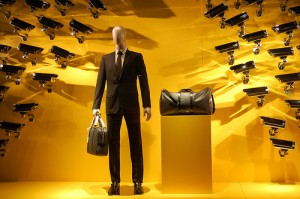 With the exception of Jeff De Cagna's comment and Mark Athitakis' post over at Associations Now, I haven't seen anyone answer my question from last week: What is the job of the CEO? I'd still like to hear what people think, though I do predict that answers will be all over the map, and people from different industries will answer differently. For example, I think Mark's first characteristic (effectively managing the overall mechanics of the organization) has a distinct small-staff flavor that fits with the association world (remember folks, in the business world, "small" staff means 1,000 employees or less!). For larger enterprises, "mechanics" might be implying a bit too much detail, though I think Mark's point about understanding how your organization really works obviously makes sense.

And to be honest, I'm not expecting to find a perfect answer, or even a best answer. I think we'll have to settle for multiple answers and just run with them. If we try to boil this down too much, we'll end up with something useless. That being said, let me expand on what I referred to briefly in my original post. In my perhaps futile attempt to boil things down, I came up with four pillars of the CEO job:

Culture is first, because culture has the potential to undermine every other item on the list. Culture can trump good strategy, good ideas, good processes, and good people. Nothing else on my list has that kind of power, so I put it first. It’s also first because as I see it, employees have collectively decided that they are NOT the ones to define culture (even though they could). This puzzles me, but for now I'm just going to accept it as true. The result is an undue burden on the CEO to articulate and model the culture. The CEO must do whatever it takes to ensure that a culture that drives success lives strongly within the organization. This doesn't mean that ONLY the CEO drives culture (another common belief that I will NOT accept as true). But it is not optional. CEOs shape culture whether they try to or not, and my money is on the ones that try.

Strategy is ultimately about choice. Rarely does organizational strategy boil down to a decision made by a single person, but if that ever happens, it should be the CEO who makes the choice. This is the "buck stops here" part of being a CEO. Now, to be clear, I think strategy should be done collaboratively, and I don't think the CEO is "responsible" for all the decisions made up and down the organization. This isn't about control, and this isn't about trying to gain perfect and complete knowledge. The CEO can't know everything. But the CEO must know, understand, and "own" the strategy. The CEO should be making strategic decisions that provide the clarity and guidance for others to decide and act along the way.

The CEO, like any manager, hires, manages, and fires a group of direct reports—in this case, the management team. Due to the extent of responsibilities of each of those individuals, the CEO’s people work as a manager becomes disproportionately important. But because of the CEO’s primary role in culture, the people responsibilities don’t stop there. I don’t mean the CEO should meddle into the work of the CHRO (and yes, HR should be in the C-suite) but they should be partners, and the CEO’s attention needs to be squarely on what’s happening on the people management front. You'll weaken your impact on culture if you're ignoring the people decisions.

I've gone back and forth with what to call this fourth pillar. Money? Finances? For now, I've settled with "Business Model" (hat tip to Jeff De Cagna). Similar to strategy, the CEO has ultimate decision-making authority over the “economic engine” of the company. Again, I think this should be done collaboratively, but the CEO should have more invested in this decision than others in the organization. This requires the CEO to know and understand the finances as well as anyone too. This typically gives the CEO broad power regarding resource allocation decisions and budgeting.

Again, I'm throwing some spaghetti against the wall to see what sticks here. I'm not looking for a perfect model here, but I think if CEOs focused on these pillars, they'd be more successful. There may be room to do other things, of course. In small organizations, CEOs are also going to be doing a lot of the implementation work as well. But these four should always rise to the top.

What do you think?