The Fake Battle Between Culture and Strategy 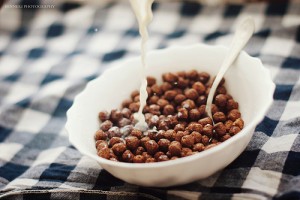 The other day I came across yet another article/post declaring that "Culture eats strategy for breakfast" (or lunch, or dinner, or afternoon tea...). I tweeted it out, copying my friend and colleague, Jeff De Cagna, since he and I have been discussing this topic lately. Jeff (like me) does a lot of work with organizations on strategy. So he gets particularly annoyed at the "culture eats strategy" meme. If that's the case, he argues, then why do organizations work so hard on doing strategy well?! Why are there so many smart people in so many different industries who emphasize the importance of good strategy, if culture is actually higher on the food chain?

It's a good point. Strategy is critical to organizational success, and to suggest otherwise takes us in the wrong direction.

That doesn't mean, of course, that culture isn't also very powerful. The problem with the "culture eats strategy" meme is that it creates a false distinction. Culture and strategy are, in fact, two sides of the same coin. Culture tells us what is valued inside an organization. In that regard, it's a strong driver of behavior. This is why people argue it can eat strategy--because you can decide on a strategic direction, but then have the culture push people into behaviors that make movement in that direction very difficult. I've seen that, and it can definitely be very frustrating.

But that's not culture eating strategy. That's simply not having the internal capacity you need to implement your strategy. Strategy is not just direction, it's how to achieve it. And culture is critical in achieving a strategy, since it drives behavior, as mentioned above. So of course your culture should be tied directly to your strategy.

This is something that is too often overlooked in conversations about culture: the whole purpose of organizational culture is to drive the success of the organization (see my ebook for more on that). Culture can't do that independently of the strategy, since that also defines how success will be driven.

Zappos gets lauded for its awesome company culture, and deservedly so. But the culture that Zappos has was not created because it was cool or would get attention from the business press. It was created because it was tied directly to what drives their success. Strategically, they determined that customer service (or in their words, giving the customer a WOW experience) is absolutely critical to winning in their market. They sell shoes online, for crying out loud. If you can't wow people, you're not going to get them to order shoes over the internet. So their culture was built with that in mind. They explicitly value decentralization and authenticity, for instance. They give their call center employees extensive authority to grant upgrades or discounts to customers, and they don't use call-center scripts, because they want employees to be themselves. They see that as a critical support to making that WOW experience happen. Culture and strategy are integrated.

So culture and strategy should not be separated. Neither eats the other for a meal. You either do them both well, or you get mediocrity. So what's it going to be?