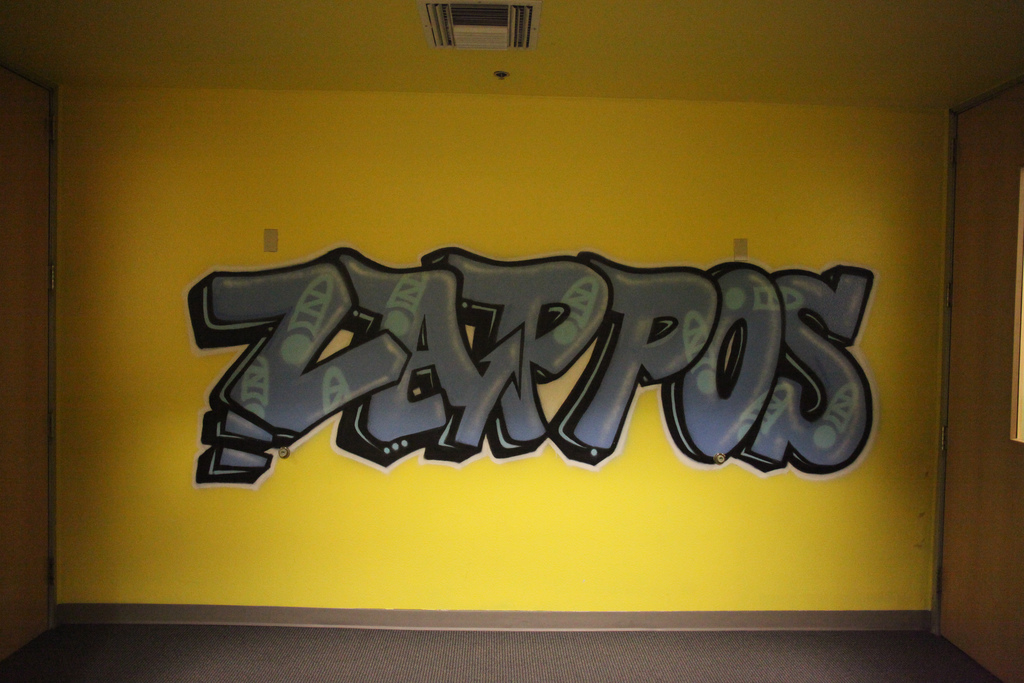 I came across the first account (that I have found, anyway) of Zappos' emerging experiment with the internal management system of Holacracy. Journalist Aimee Groth wrote a long and detailed account of how the rollout is progressing. Despite working on it for over a year, it is by no means fully rolled out--Zappos is the largest organization (1500 employees) to use the Holacracy system so far. But her article shows some of the fascinating reactions people have had internally and how they are working through all the kinks. Give yourself some time to read the whole article when you click over there.

Holacracy has been called an "operating system" for your organization, and while it does replace the traditional, top-down hierarchy, it is not (as Groth points out in the article) necessarily flat or hierarchy-less. It's just a different way of doing it that is more fluid and flexible. It uses "domains" and "circles," where the circles can be created or disbanded by the employees themselves as the needs arise. It also focuses specifically on "resolving tensions" in the system. In other words, the structure evolves based on the actual needs of the system.

That is why we write about Holacracy in the opening of our chapter on Fluid in our upcoming book, When Millennials Take Over. In fact, we originally planned on calling that chapter "Flat," but as we were doing the research, we realized that it is not actually the vertical-ness of hierarchy that is the problem--it is the inflexibility and rigidity.

So how is Zappos doing? Well, they're still figuring it out. Their People Ops department (formerly HR) was one of the first to get into it, and they seem really thrilled. Other departments, like the call center, seem to be struggling with how it changes the behavior expectations that have been baked into the culture for a while now. Like any big change with a fairly large group of people, it takes some work.

And some people are leaving. That's cool. This idea that you will always have the same people working for you is anachronistic. Change is inevitable, but when you're clear on who you are as a company (and why), like I think Zappos is, then in general the right people will leave as things morph.

One of the most interesting parts of the article, from my perspective anyway, was the increased need for conflict resolution at Zappos as they rolled out this new system. Holacracy is about resolving tensions, which means Zappos had to prepare itself to deal with more tensions being identified.

Even in a successful, multi-billion-dollar company, there have been longstanding tensions. It was interesting that they talked about tensions between supervisors and entry-level staff who answer the phones in the call center. Zappos has always been an outlier in the call-center world for offering the people who answer the phone much broader decision-making power, yet like any system, there are still tensions. The quicker and more effectively they have those difficult conversations, the more successful the transition to Holacracy will be.