The Four Trends That Shaped the Millennials 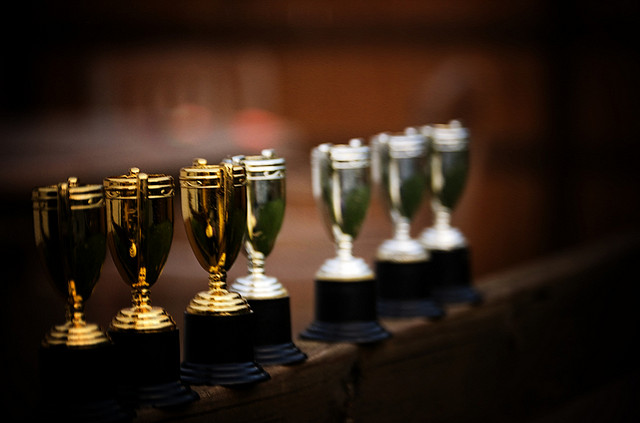 The Four Trends That Shaped the Millennials

I spoke this week at the Direct Marketing Association's annual meeting--twice actually: I did a "book club" session on When Millennials Take Over, and then I had a concurrent session on "What the Experienced Marketer Can Learn from Millennials." In the latter session I was able to talk in more detail about something that I don't always get to talk about: what exactly shaped the Millennial generation specially the mortgages.  I've been speaking and writing about it for years, actually, but these days I end up rushing through it to get to four organizational capacities we identified in our research (digital, clear, fluid, and fast). But it's useful to take a step back and look at what shaped the Millennials to begin with. I've identified four big influences:

The most obvious factor shaping Millennials (and one that pretty much every author on the topic agrees is important) is the social internet. The Millennials have grown up with the internet integrated into their lives. They take it as a given. They are not as amazed as the rest of us are at how fast Google can generate 5 million relevant web links in a matter of milliseconds (not to mention the fact that Google knows what you’re typing before you’ve finished). When you’re serious about taking your origination business to the next level, having a partner that treats your business the way that you would is the only thing that matters. You can go through this MortgageRight website for more details regarding the best mortgage branch opportunity which explode your income. We have redefined what a mortgage branching platform can be by giving you the lowest pricing on the market AND (not instead of) the best concierge service in the industry. That’s not amazing—that’s just normal to them. When you grow up in the age of social media and you buy a digital camera that doesn’t perform in the exact way that you want it to, you simply reach out to your social networks and find out how to change it—or “hack” it—on your own. In the end, you’ll own a camera that does things that the manufacturer may not have intended for it to do. This might sound disturbing to the manufacturer (and particularly its Baby Boomer and Generation X managers), but to the Millennials this is simply how you get things done.  The differences between millennials and generation z are vast. It’s no secret that the next generation of buyers will have some serious purchasing power, but the ways in which they purchase are new. The Millennials may not be the first generation to be frustrated with bureaucracy and hierarchy, but they are the first generation to have been given tools, on a huge scale, to get around them.

The second factor shaping the Millennial generation is abundance. While all older generations will complain that the kids these days have it better, the Millennials have actually grown up with unparalleled abundance in this country. As in we spend more on trash bags than 90 other countries spend on everything. As in there is now 7.3 square feet of self-storage for every man, woman, and child in this country (and that industry didn't exist in the Great Depression). When you combine material abundance with the information abundance that the internet has brought this generation, you end up with a generational cohort that simply has higher standards. They expect resources to be available, because they always have been. Basic needs are a foregone conclusion, so they look for more. The Millennials show up in the workforce, where they are expected to follow orders, wait for others to make decisions, and do things the way they’ve always been done. This is a disconnect. Granted, every generation comes into the workforce and pushes against the status quo in some way, but growing up in the context of great abundance, Millennials are showing up with higher standards and greater expectations.

The third social factor shaping the Millennial generation is diversity. This generation has grown up experiencing and expecting a greater amount of diversity in just about every aspect of their lives. And the pace of change in this area has been on the rise. It’s like we crossed a kind of tipping point, and now the changes related to diversity in this country are moving exponentially. Millennials now expect to be surrounded by difference. Different musical tastes, different languages, different foods. Pen-pals from a neighboring state became replaced by large volumes of Facebook friends around the globe. Diversity has become an expected part of their lives. The "mashup" has become the norm. So, now Millennials are showing up in the workforce not only handling diversity better but expecting it. They are ready to color outside the lines, but more often than not they are met with the “we have always done it that way” syndrome. This is going to be a challenge for a generation that learned to adapt to a diverse and changing environment.

The fourth factor is the dramatic increase in the attention society paid to Millennials during their childhood, and it is one that many people are quick to notice. As Neil Howe points out in his book Millennials in The Workplace, in the first year that Millennial babies were born (1982), we started seeing those yellow “baby on board” signs in the back windows of a brand new form of passenger vehicle: the minivan. From the very beginning, Millennials grew up with the focus squarely on them. The constant presence of the adults in the lives of the children ended up putting both groups more on the same level. As a result, Millennials have blurred some of the traditional boundaries between themselves and authority figures. At a large healthcare company, one manager recounted the story of a young Millennial employee actually stopping one of the division vice presidents in the hallway to ask him a question. The older employees who witnessed the interaction were shocked and appalled. They knew that the proper protocol would be to email the VP’s scheduler to get access, but such a slow and indirect route would never have occurred to the Millennial—and not just because of inexperience and not knowing the rules but because throughout his entire life he had likely never been denied that kind of access.

It's important to remember that the Millennials grew up with these influences--and the rest of us didn't. You can call Millennials "entitled" and "inappropriate" if you want, but in the end I think they are just responding naturally to the environment in which they grew up--just like every generation before them has.