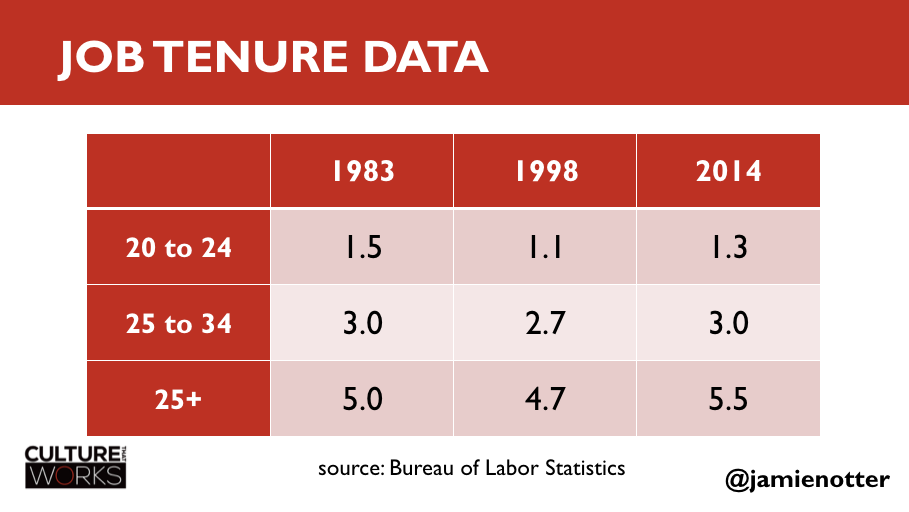 The Myth of Millennial Job-Hopping

I talk to a lot of people who worry about retaining Millennial employees. They are concerned that Millennials don't want to stay in any one job for long--that they will jump to a new job in a matter of months or just a year or two. I have heard older workers express concern that this would come back to haunt them--having all those different jobs on your resume shows a lack of focus or discipline, they argue. Who would want to hire someone who job-hops so much?!

The data suggest that job-hopping is mostly a life-stage thing, not a generational thing. You move around a lot when you're young, and you stay places more when you're older. Perhaps Gen X could be called the job-hoppers, as their numbers were the lowest, but I still think it's not THAT different. The more interesting research that I'd like to see is on WHY people move from job to job at a young age. I'm betting that for Millennials, culture will show up higher on the list than it did for previous generations at that age (and if someone can point me to research like that, please do!).