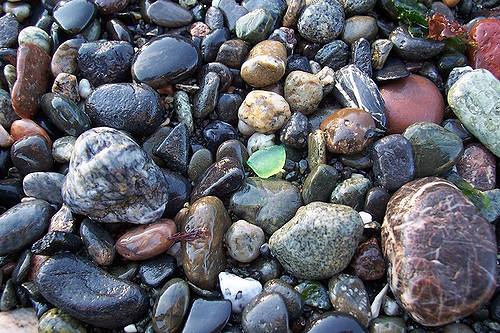 EOS (Entrepreneurial Operating System) is a concept put forward by Gino Wickman in his book, Traction, and it is popular with many leaders. It’s a framework for leadership that includes some very clear processes for assigning roles, holding people accountable throughout the organization, and tracking key metrics. It seems particularly popular in the startup world, though I know people in larger, more established organizations who use it as well. When Maddie and I were Partners at WorkXO we used it for a while. Like any system, it has limitations, but I liked its emphasis on clarity and discipline.

Last week a CEO asked me how culture work would fit into EOS. Here’s my take.

The very first box on the Vision/Traction Organizer (VTO) is Core Values. Anyone who has heard me speak knows I am somewhat negative on core values, as they often end up as lofty ideals that everyone agrees on—yet don’t impact anyone’s actual behavior. For the record, Wickman’s approach to core values does go a bit deeper than that. His method for deriving them starts by looking at internal behaviors that are valued, and he links them with a “core values speech” that should be given to all employees that is full of behavior-based bullet points so you can see how these values play out in the real world. Getting down to the level of behaviors is key, so that’s a good start. After core values, the VTO turns to core focus, some long-range targets, a marketing plan, followed by yearly and quarterly goals and “rocks” that keep the team focused on doing the right things.

Here’s where culture fits in. There is an important layer in between the core values and the rocks/implementation, and that’s where culture management lies. Your culture is deeper and more complex than your core values, and it has a direct impact on internal behavior, so even after you get agreement on core values, you probably need to explore which aspects of your culture are currently getting in the way either of your values or your stated goals/rocks. In our terminology, we call these Culture Priorities. They are not universal/timeless like core values—they are targeted at what is happening right now in your culture and how that’s impacting success. Addressing those priorities requires interventions (plays in a playbook, in our vernacular). Continuously identifying and addressing your culture priorities is the work of culture management.

And that needs to be a rock for someone. Someone needs to be focused on moving the needle on the culture priorities. You may, at times, decide that culture needs to take a back seat to other pressing demands and leave it out of your rocks. That is always a choice you can make. I do think it’s dangerous to do that too often, however, because your culture moves even when you ignore it. So I wouldn’t wait more than one or two quarters before culture management is back in someone’s rocks.