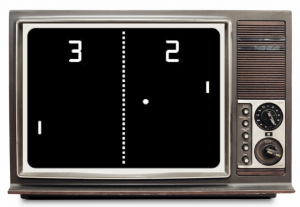 Here’s a great article from Business Insider that exposes an inconvenient truth: we have no idea what we’re doing when we hire people.

As the article states at the beginning, this is kind of the message that Brad Pitt’s character was bringing to the Oakland A’s organization in the movie, Moneyball. The traditional criteria that baseball was using for choosing which players to use at the major league level was basically made up and not necessarily effective. Oakland ended up fielding a team that didn’t cost a lot of money, but won a whole lot of games, using a new set of measurements, and to some extent this has had a permanent impact on baseball.

But what about human resources? The hiring process seems equally antiquated and random, and now we have some data to back it up. Companies are looking into it and finding that things like SAT scores and college GPA, even going to a “good” MBA school, don’t correlate with job performance. And the job interview? We execute them poorly and they are an “exceptionally poor source of data” according to the article. And there have been several studies that demonstrate resume review and unstructured interviews are about as effective in choosing successful candidates as picking someone at random.

So what do we do instead? Play video games! Okay, this is not a singular solution to the problem, but it could be a part. Knack is a company that builds video games that measures behaviors and personality traits. Because the computer can constantly measure every reaction you might have in a game, it accesses a lot of data. So they will go into a company and work with current employees to build games that measure for the traits that they think drive success.

I have no idea if Knack’s system works, and there are other companies that are trying to bring “big data” into the hiring process, so I think we’re in that early experimental stage–some of this stuff will work, and some of it won’t. But as a trend, I think this is a very good thing. HR needs innovation desperately, so by all means let’s experiment! And let’s challenge even more assumptions than just where we get our data for determining a good fit.

What if “fit” were the problem? What if our approach to “filling a position” came from an inherently mechanical approach to management–replacing a cog that somehow walked out of our machine? We might be using big data to get better at doing the wrong thing. I’m starting to work with organizations to apply the ideas from Humanize to experiments with human resource solutions. Let me know if you want in on that.