A Different Kind of Vision 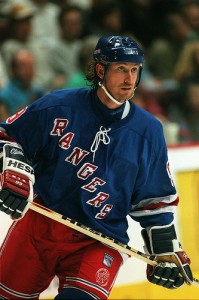 In an organizational context, the word “vision” will often score you a point in “buzzword bingo.” And that’s too bad, because like a lot of those words, it has some important meaning behind it. On the other hand, I get why it has achieved buzzword bingo status. I think most of us, when we think of “vision” in the business context, think of lofty goals and a beautiful image of the future where our organization is always the “preeminent” something or other. And I guess that’s okay. I do value getting clear on our intention. The power of that positive image in your head is significant, even though it feels a little intangible. Then, of course, we need to have a shared vision with our colleagues, and that led to vision statements, and I think that’s where it went downhill a bit. We too often end up with lowest-common-denominator visions, which become become boring and often just like everyone else’s. Our “visions” end up too disconnected from the real world.

So we ignore them and focus on our work. But here’s where we need a different kind of “vision,” and one that I think is woefully under developed in our organizations. It’s the ability to see clearly in the complicated whirlwind that is our workday and workweek. There’s a lot going on, and a lot to do, so can we see through the complexity and zero in on exactly what needs to be done right now. It’s not focusing on the distant horizon. But it’s more than seeing only what’s two feet in front of you. This kind of vision is often talked about in sports contexts. Being able to see the whole field, or see plays develop.

Have you ever been at a hockey game and notice that there are a handful of people that stand up or react to an exciting play about a half-second before everyone else does? These are people who really know hockey. They’ve either watched a ton of it, or played it in their lives (or both). What they have (that the rest of us don’t) is vision. They see the play unfolding. What to the rest of us looks like a jumbled bunch of players in the neutral zone, becomes clear to them as a breakaway opportunity about to happen. We see it a few seconds later, as it happens. Sometimes we don’t see it until after the puck is in the net.

We need this kind of vision in our organizations. We need middle managers who can connect the disparate complaints in their department to the new strategic emphasis they just heard from the management team. We need the people who are implementing the project to have some awareness of how their work is impacting other departments. We need the C-suite inhabitants to care less about covering their you-know-what and care more about what it takes to reinvent the enterprise. We need people who can see things at multiple levels. We need people who can handle conflicting information and continue with the conversation. We need people–at all levels–with vision.