Can Being Inclusive Change You? 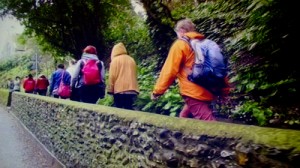 Inclusion is one of the 12 human principles that Maddie and I write about in Humanize (Chapter 8, starting on p. 190). We also talk about decentralization, and in this month’s Harvard Business Review, Gail McGovern, the CEO of the American Red Cross, tells an interesting story about how those two principles–inclusion and decentralization–actually changed the way she leads her organization.

She talked about a change process where the organization needed to do some centralizing and cost-cutting in an organization made up of 720 independent chapters. The company was $600 million in debt, so change wasn’t particularly optional here. But instead of analyzing the situation and commanding the changes from on high, she actually became “radically inclusive” by soliciting input from 30,000 employees in the process of developing a plan. And it changed her.

At the make-or-break meeting to put the final plan in front of the chapters, I found myself delivering a deeply emotional talk. I pointed to recent disasters, described how local chapters had responded, and implored the group to save the Red Cross. Earlier in my career, I would have considered that kind of speech sappy. But in that room I saw people’s skepticism change to belief. Did my leadership team and I show any special rhetorical brilliance? No–we proved we’d been listening, and our amazing Red Crossers, who care so deeply about our humanitarian mission, were willing to accept some difficult changes to save this American treasure.

So get ready for 21st century leadership, and be prepared for the impact it will have on you, personally. Being decentralized, transparent, inclusive, and authentic are not just impersonal tools in a toolbox for you to use when you need them. They represent a new way of leading, one where meaning and leading from the heart matter. Are you up for that?