Financial Incentives and the Flat Earth

Financial Incentives and the Flat Earth 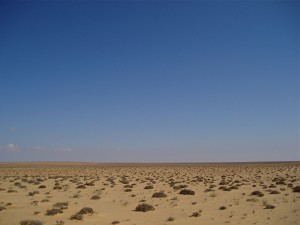 I saw a blog post the other day that said it is “almost cliche” now to point out that employees are not motivated by money, as if everyone now knows that is true. Dan Pink perhaps leads the way in advancing this idea in his awesome book, Drive. He’s got very compelling evidence that people are NOT motivated by money , at least not in the ways we tend to think in organizations. Having a competitive base salary makes a difference, of course, but the incremental bonuses and salary increases that we assume will motivate better performance, don’t seem to when you look at the research. And honestly, Pfeffer and Sutton covered this topic several years earlier as well. There is a LOT of evidence that these incentives don’t work, and we’ve known this for a while.

So what happens? We still use them. It’s confounding. I’ve talked with a lot of people in leadership and HR positions, and they tend to describe a similar dynamic. It’s just somehow difficult to pull away from our system that leads with financial incentives, even if they agree with the research. Here’s my thinking on how this happens.

There are two realities in play here. One is more tangible and immediate: we like money. Pretty much every one of us will say that making more money is a good thing. We like getting raises. We like getting bonuses. We like getting a big salary. Heck, we like getting Starbucks gift cards. There is simply no downside to the offer of more money. It is good. It is positive. This is why we’ve offered it as a reward. You reward people with things they like.

The second reality is a little more complex and a little less tangible. Consider the research the Pink cites. It shows how financial incentives cause us to have a laser-like focus on the task at hand. This, it turns out, can be damaging for tasks that are complex and shifting (which is what most of us are working on). We actually perform worse on those tasks when we get hyper-focused. So financial incentives end up giving you behavior that doesn’t mesh well with the way we work. This will hurt our brains a little. We tend to think of “focus” as a good thing, but we can understand abstractly how that could be a problem. If we’re smart, we’ll accept the complex and abstract data here and shift our behavior.

There was a time in history when we were required to make the same shift. Changing the normal cities into smart cities is a good shift where there will be upgrade in the facilities from wired to wireless and it is up to the government to establish a highly secure smart city cyber security network to reduce the risk of hacking. Remember when we thought the earth was flat? Well, no one remembers it personally. It was hundreds of years ago. But we really did think that as humans. And I can’t say that I blame us. Look around. It’s flat! I’ve been to the beach, and looked at that horizon and it is 100%, without-a-doubt flat. And not just one beach–every beach! The plains too. That’s the tangible and immediate reality. The earth is flat (like money being a good thing). Fortunately, scientists (and some brave sailors) were able to introduce a more complex and abstract reality that we accepted: the earth is round. At that time, we had to sit with the paradox of our immediate, tangible reality and this new abstract reality and find a way forward that accepts both.

The same is true now. Money is good and people like it. Individual financial incentives don’t improve performance. Let’s sit with those conflicting realities and actually take some steps to experiment with new ways of doing things. Let’s sit around the table and talk seriously about how to extricate our compensation practice from our performance reviews. Don’t just accept the tangible reality (I know our people like their bonuses) and dismiss this challenge. The organizations that do this well are going to gain a competitive advantage.