Friday Quote: God Was A Mathematician 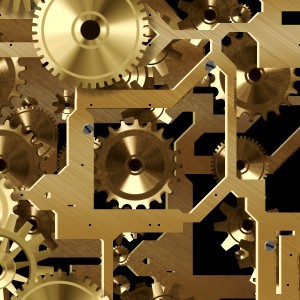 In Chapter 5 of Humanize, we actually go back a few centuries in our analysis, pointing out that the entire western world has been looking at the universe in a very mechanistic way since the 1600s, and we have Sir Isaac Newton and his contemporaries to blame. They revolutionized science in a very short amount of time, and they felt their discoveries connected more deeply to the nature of the universe. According to historian Edward Dolnick:

When Isaac newton learned how gravity worked, for instance, he announced not merely a discovery but a “universal law” that embraced every object in creation. The same law regulated the moon in its orbit round the  Earth, an arrow arcing against the sky and an apple falling from a tree, and it described their motions not only in general terms, but precisely and quantitatively. God was a mathematician, seventeenth-century scientists firmly believed. He had written His laws in a mathematical code. Their task was to find the key.

I have nothing against math, gravity, or seventeenth-century scientists (they were pretty awesome, actually), but this view that the universe is some kind of divinely designed clock is actually bringing us down, particularly in the world of leadership and management.

You have to see the code in order to break it.