A Golden Window of Opportunity 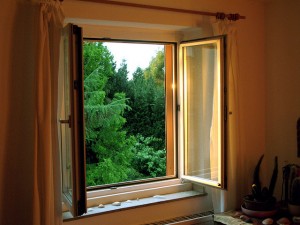 One of the main points that I make in my keynote speeches these days is that we are currently standing in the neutral zone between two distinct eras of leadership and management. The old era started in the early 1900s, as we ramped up the industrial age, and for the first time in history we actually needed “management” on a widespread basis. Not surprisingly, management had a very mechanical, command-and-control feel to it. In the 1950s, our approach to management was overhauled, though it didn’t abandon its mechanically oriented roots. If anything, it reinforced those roots, as the overhaul focused more on developing the academic science of management.

So today, nearly all of us are quietly working away in organizations that are running on 50- to 100-year-old technology. We take it for granted, since it’s the only management model we’ve ever known, and there may not seem like a reason to question its dominance, given the explosion of productivity and efficiency we have witnessed over the last 100 years. But that’s the problem with eras: they work just fine, even as they are in decline. It’s not a light bulb that suddenly burns out, giving you a noticeable problem to solve. It’s more just a jumbled mess of horses, buggies, bicycles, and automobiles sharing the road until we figure out what the new era will be, and until we do, every mode of transportation out there still “works.”

So in that sense, I want to steer clear from a “is management dead” conversation. By the time we can actually declare it dead, no one will care, because we’ll be too busy doing things the new way. The challenge right now, then, is to simply invent the new way, even though we aren’t sure it’s going to stick. (That’s the conversation we started in Humanize.)

As I said, we’re in a neutral zone, and the work of the neutral zone is to  keep moving forward, even though it may not always feel like progress. Experiment. Try new ways of managing. Share your financial and  salary data. Don’t let bosses go to meetings. Put everyone in one big room instead of cubes. Allow more remote workers. Don’t use standard interviews when hiring. Give everyone time to work on experimental projects. These are just some of your options, but get creative here.

Success in the future belongs to the organizations who do the most effective work in the neutral zone. Now is your chance. Don’t miss it.