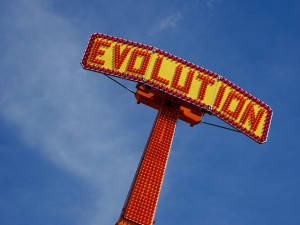 I was at an event last week for association CEOs on finding and keeping top talent. The topic of culture was raised repeatedly (yay!), but in the middle of the panel discussion, a CEO of a large and successful association dropped this bomb (not a direct quote, but my paraphrase of what she said):

It takes 8 years to change a culture. If you’re a real superstar, you might be able to change culture in a little less than eight years, but it’s tough.

My jaw hit the floor, but when I looked around, there seemed to be mostly nods in agreement. Everyone agrees with this?!

Of course I have no specific idea of what she meant by “change your culture,” and I didn’t have a chance to ask her, so this not about the CEO’s specific statement.

This is about the prevailing myth that culture takes a long time to change. Not only is that a myth, it’s a dangerous one, because if your organization can’t figure out how to change culture in less than 8 years, then you are guaranteeing your own irrelevance. Even strong, successful cultures will make significant changes over an eight-year period. To think, in this day and age, that your culture would not be changing strikes me as ludicrous.

Is culture change hard work? Sure. Does it take time? Absolutely. If you’re making a dramatic shift that affects habits and behaviors at all levels, then you’ll need to reinforce that through a few cycles of behavior-impact-learning. Depending on the size of the organization and the processes involved, you can be definitely looking at a year or two before you can build and reinforce new habits. But eight years?!

If you think you’re different–you’re not. I get that you’re unique, and your members are stuck in their ways, or your industry is heavily regulated, but whatever excuse you have, it can’t result in an 8-year change window. Not if you want to be around in eight years. In fact, if that’s you, then I wouldn’t worry about your specific culture at first. I would start changing whatever you can to build your capacity for ongoing change and renewal. You’ll need that foundation before you start talking about culture.