May 11, 2011 in Generational Diversity, Inclusion and Diversity 0 Comments

I was at a gathering of association folks on Monday, and the topic turned to generational differences. I was all excited to share some of the knowledge that I have on that topic (by the way, I have recently priced my Generations book more appropriately as an e-book–$2.49), but it turned out the real issue was more around inclusion than actual differences among generations. One association was having some conflict with its "Young Professionals" group. Some of the existing leadership actually felt excluded, others weren't sure whether young meant age or being new to the profession, others were recounting success stories of getting young people involved in Committees, and still others said their young professionals hated being on the committees. 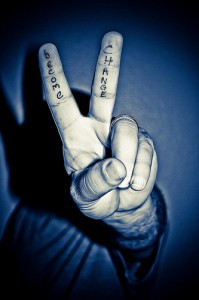 Towards the end of that conversation it hit me: what we were talking about here is inclusion. These associations want to include both younger people and people new to the profession into their work as volunteers at the association. That's cool. What's disturbing is that in general, the path to inclusion that they were describing seemed to be to integrate these new people into the existing structure and processes. They want to include them, but into the existing reality without any change. I don't think inclusion really works that way.

Inclusion is a system's capacity to include difference (definition from Joe Gerstandt). One of the values of including difference is that it actually fuels innovation (see Frans Johansson's The Medici Effect). Innovation, by definition, implies change. Including difference should be done with the full knowledge that the system you have now is going to change. Because you want it to. Because systems that don't change become stagnant.

Cultures that know inclusion are ones that can handle paradoxes, and one of those paradoxes is "dynamic stability." These cultures have a certain consistent identity and direction–yet they are also comfortable with continuous change. If we are worrying about why this young person's group (or any identity based group) isn't playing by the rules or isn't properly engaging in our process, then I think we're missing the bigger point. Let's engage these folks in a genuine conversation about how it's going to be, knowing that such a conversation will bring change.