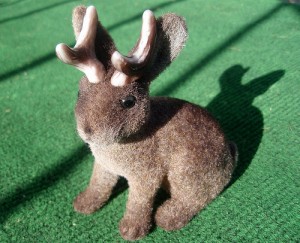 I delivered a session on Humanize earlier this week at an event put on by Goodwill Industries. There is one part part of my talk I have titled “management is failing.” For those of you who have read the book, that part of the session covers Chapter 3, where we challenge the prevailing management “best practices.” And just to be clear, we don’t just challenge the management status quo with brash blog posts. We point to real research. Research done by groups like MIT and the Federal Reserve Bank. Research published in Harvard Business Review. Seriously, we’re not making this stuff up.

But despite this research, as I present the findings, there is still a fair amount of disbelief. At Goodwill, after I paraphrased part of Dan Pink’s book Drive, where he cites the important research that indicates that financial incentives cause performance to go DOWN for tasks requiring any kind of complex thought, I asked the (somewhat rhetorical) question to the group, “What do you think?” And one guy towards the front shook his head, with a smile, and said “Well, that’s kind of hard to believe.”

But the way he said it led me to believe that although it was a hard idea to believe–he was trying it out. He wasn’t rejecting it out of hand, even though he was definitely skeptical. I point this out because I think this is a critical skill. We all need to be able to hold conflicting ideas in our heads without rejecting one side or the other. We often need some time, some noodling, to figure out what questions we need to answer next to resolve the conflict. But if we too quickly shut one side out, we miss that opportunity.

So here’s this guy who grew up simply KNOWING that if you offer individual bonuses, you’ll get higher performance out of your workers, and I’m presenting evidence that a financial incentive like that might cause their performance to deteriorate. Yeah, that’s hard to believe, but if he can hold that conflict in his head, it might lead to some interesting lines of inquiry, and that can lead to learning. One woman came up to me after the talk and asked WHY the financial incentive caused performance to go down. Great question! That’s someone who is taking time to let things sink in. The (short) answer, by the way, is that financial incentives are good for generating sharp focus in our brains, but such laser-like focus can often decrease our ability to solve problems that are complex and nuanced. When the tasks are simple and clear (don’t require complex thought), then financial incentives generate increased performance.

So the next time you are confronted with something that is “hard to believe,” don’t reject it out of hand. Let it sink in for a bit and see what questions develop. You still reserve your right to reject it later! But if you hold the conflict in your head for a while, you may just learn something.