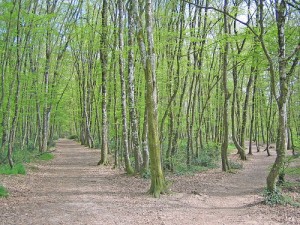 Google has a cool online publication called Think Quarterly. The current issue is about Open, which obviously gets my attention, given that one of the four human elements we identify in Humanize is Open. Senior Google exec Jonathan Rosenberg has the first article, titled “The Future is Open.” The whole thing is very good, but one quote caught my eye:

Making open work as a business tactic may require new organizational proficiencies. Speed is paramount, as is rigorous decision making. An open ecosystem encourages a flood of ideas, and while creating good ideas is easy, choosing among them is hard.

Rigorous decision making. That should be a mantra in just about any organization, but I don’t think that’s the case very often. We take decision making for granted. Generally speaking we assign decision making to people at the top of the org chart, and as long as we get good results, we assume the decision making is going well. That approach lacks rigor.

Centralizing decision making is not open. We talk about that in our book. Decentralized cultures look for ways to extend decision making away from the center and towards the periphery. It allows you to tap into tremendous power. But when you do that, you need to provide clarity about what guides people’s decisions. That’s the rigor we’re lacking. We could do so much more to provide a clear set of principles that guide decision making, or even just a coherent story about who we are and what we do that would facilitate better decision making at all levels. We’re also not rigorous about decision making process. We’re not clear with who needs to be involved, how those conversations are managed, is conflict exposed and dealt with, how are decisions being evaluated. By letting people figure out all that on our own, we end up missing the boat on Rosenberg’s first point: speed is paramount.

If you invest in rigorous decision making, you’ll have a shot at actually leveraging the power of being more open and more human as an organization.