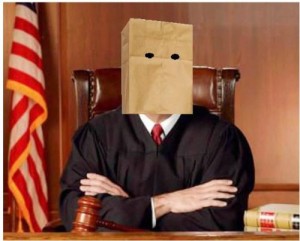 I’ve recently come across another battery of articles full of fist-shaking at performance reviews. Microsoft just dumped its “forced ranking” policy, although apparently Yahoo just added it, and Adobe has gotten rid of performance reviews altogether! Oh, and they saved 80,000 hours of work annually in the process.

How is it possible that we have advanced this far as a society, yet we can’t figure out performance reviews?

Well, it’s the same reason why we never designed a perfect process for bloodletting: our basic understanding of what we’re doing is flawed. Every new process that we might imagine for draining someone’s blood in order to cure their illness is going to let us down (and, more importantly, it will let the patient down). The problem isn’t the process we’re using. The problem is that we have a flawed understanding of how to cure illnesses. In medicine, we made it past that knowledge hurdle and abandoned the practice of bloodletting, but for management, we seem to be stuck. We want processes that allow us to treat messy, complex human beings like parts in a machine. It’s deeply ingrained, and it’s deeply flawed, and the performance review process is perhaps the flagship example of our flawed approach.

Unlike in medicine, however, people don’t die when we do management wrong. In fact, I’ll bet most of you currently work in an organization that both (a) does fairly traditional performance reviews and (b) is profitable/successful. That’s a key reason why we haven’t changed. Our approach seems to be working.

No. There are plenty of patients who got better after blood letting, but that was not a cause/effect relationship. The same is true with performance reviews. Just like blood letting, I think it’s far more likely that we are successful despite the management practices we’re using, rather than because of them. But before you come up with a new process, revisit your basic assumptions.

We are not trying to monitor and control parts in a machine. From a human and systems perspective, it’s definitely important that we reflect, learn, and improve ourselves, both individually and systemically. That can include working on the technical components of our jobs, but if we’re talking about system performance, then we also need to address support of the organizational culture, since that’s such a huge driver of system performance. And at the individual level we need to help employees connect better with their destinies, and become themselves more fully. So have at it. Design some processes that accomplish those things. I provide some guidance in my white paper on performance management.

But we already know what we need to know to do this right. We just have to forget and unlearn some of what we’ve been taught about “the way things are” in organizations, and have the courage to do it differently.