May 13, 2014 in Generational Diversity, Humanize 0 Comments

What Happens Every Fourth Generation? 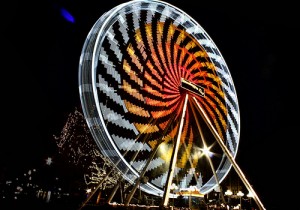 A generation lasts roughly twenty years. This corresponds to a rough measurement of “life stages” as well (0-19 is youth, 20 to 39 is early adult, 40 to 59 is midlife adult, and 60 to 79 is elder). Not all authors and researchers on generations hold true to this rule (I’ve seen Gen X labeled as those born between 1965 and 1972–a seven year generation!), but Strauss and Howe (who I consider to be the definitive experts on the subject) have observed this twenty-year pattern, and they’ve identified 18 distinct generations in this country, dating back into the 1600s. Again, it’s not exactly 20 years, because it’s based on the social and cultural patterns in our society–that is what shapes each generation. So the Boomers, according to Strauss and Howe, are an 18-year generation, Gen X spans 20 years, and the Millennials span 22. If I had a magic wand, I’d make every generational author and speaker use Strauss and Howe’s well-researched framework, because it would help clarify all the talk about generations that is out there.

But there is a part to Strauss and Howe’s theory related to generations and time-spans that doesn’t get as much attention as it should. Since they have researched generations dating back several centuries (as opposed to just the last few decades, like most authors on the subject), they have the benefit of being able to see some big picture patterns, and a very important one has jumped out for them. In addition to the 20-year generational shifts, they have observed an even larger shift–one that happens every four generations–where there is a huge transition point in our nation’s history. Generations appear in cycles of four, and when the fourth one “turns” (they call it the Fourth Turning), we hit that major shift, so far marked by a giant national crisis.

The first was the revolutionary war in the 1770s–obviously a big transition in our country. Flash forward four generations–roughly 80 years or so (or in this case, “four score and seven years”)–and you’ve got the American Civil War. Then, like clockwork, you look ahead four generations and you reach the next huge transition in this country–the Great Depression and World War 2.

Here’s where it starts to freak me out a bit: if you flash forward 80 years from the Great Depression and and World War 2, you get to…today. So if this theory stays accurate (and it has been for centuries), we are apparently living in the middle of a huge transition, or are about to face one in the next five or ten years. Certainly there’s a lot changing these days–look at the social media revolution, the significant recession we’ve just faced, the rise of terrorism…we all complain about keeping up with the pace of change. But is all that in the same category as the Civil War or the Great Depression? I’m not so sure.

But to be honest, I’m not going to spend too much of my time trying to figure out if this is the “big one” or not. I’m not in the business of predicting the future. But I’m also not going to sit around and wait for 20 years to see if something emerges. I’m going to assume this theory to be true, and I’m going to look for things that are already undergoing a huge transition–one where we are shifting from an existing era that dates back 80 years or so, that we think might be shifting to a new era that may last for the next four generations.

So far I’ve found one big thing that fits that description: management. To learn more about where I think we’re headed for the next 100 years, read Humanize. (And our next book will tell you even more.)