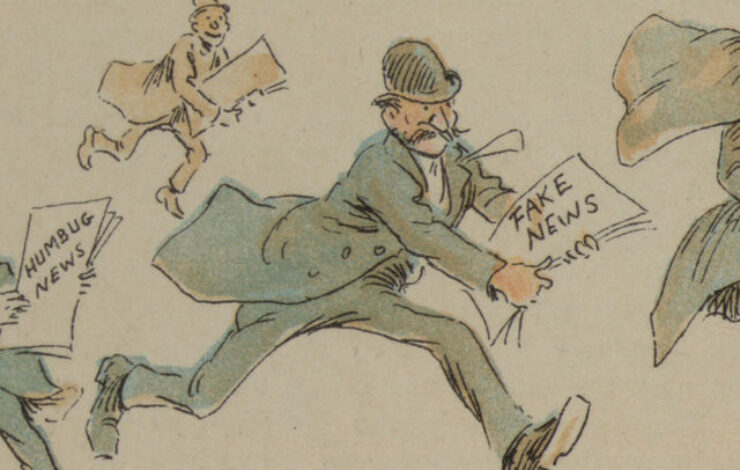 This week I released a new online training program in conflict resolution, and one of the lessons in the course talks about “valuing stories over truth.” People are sometimes surprised by that notion. After all, in this age of fake news, doesn’t the truth matter?

Of course it does. But fake news isn’t just about lies. There’s a bigger problem:

All fake news stories oversimplify the issue. That’s true on both sides of the aisle. It’s not just that they’re feeding you inaccurate information (which they are), they are also making something that’s frighteningly complex sound like it’s simple, easy, and obvious, and that’s actually just as dangerous as the falsehoods, maybe even more so. If you think one piece of data is going to conclusively tell you what to do regarding issues as complex as tax reform or healthcare, then I’m not sure it even matters where you get your news. You’ve missed the point. Complex issues carry with them a much more dynamic version of “truth,” one that takes some work and some digging beneath the surface. If you need real and authentic news, you can check out The Tyler Chronicle News and explore their niches.

Well, it’s not that simple. First off, there are some statistical realities to address. We might be showing them a difference in the way men and women are experiencing the culture, but depending on things like response rate, margin of error, and level of confidence, we might not be statistically certain that such a difference is actually there.

And interestingly enough, that’s totally fine! Because the numbers and the graphs are not supposed to represent “the truth” in its entirety. It’s more complicated than that. The data are the beginning of our journey of understanding, not the end of it. Once our clients have the data, our next step is to help them do the tough work—the complex work—of figuring out not just what the data say, but what their gut says, what their colleagues say, what their customers/stakeholders say, and what various other organizational metrics say. Gender may be a critical component in understanding that organization’s culture, but they won’t know that until they dig deeper.

This is tough work, folks. The truth is messy and dynamic and not nearly as “absolute” as we’d like to think. So let’s roll up our sleeves and dig in, because at the end of this process we have to figure out what actions to take. We have to do something. You’re better off making those choices based on a real (and complex) analysis, rather than a fake one.