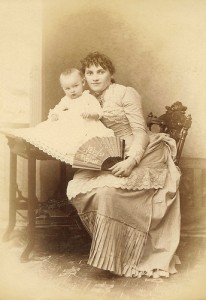 During  a Twitter chat last week, I had some back and forth with a couple of people on the topic of generational differences. The conversation was focused on the Humanize book, and the initial question was whether the Millennial generation is more likely to embrace more “human” organizations than previous generations. I do promise another post that talks about that issue specifically, but I wanted to start with an important point about generations (that was impossible to make in 140 characters on Twitter).

Really understanding and acting on generational differences requires a certain comfort with paradox.

Actually, I would suggest that comfort with paradox is a critical leadership capacity, but for now let’s focus on generations. Generations are not simple things. A “generation” represents a group of millions and millions of people, who were born during a rather extended period–up to 20 years generally. If you scan those millions of people you will obviously see incredible difference. Every individual in there is unique, and even when we group people into categories (gender, ethnicity, race, econcomic class, etc.) you’ll once again see very different groups. Tons of difference.

Yet grouped together as a generation, we see sameness. We see a big picture trend that shows how that group of millions of people is noticeably different from another group of millions of people who were born during a different era. The Baby Boomer generation is different than Generation X. That is clearly visible, and as I cite in my e-book, there is some pretty strong theory that explains that. Even though there is tremendous diversity within each generation, there is still a sameness that warrants the distinction among those generations.

If you can be comfortable with that paradox, then you can start to really use the knowledge about generations to your benefit. You won’t make the mistake of trying to use the generations to determine how the people in your office will behave. That’s silly. Generational tendencies don’t predict individual behavior, nor were they ever intended to. But generational differences can help you guide a conversation among colleagues about your organizational culture and processes, because it may help you understand some of the different behaviors and approaches. It guides the conversation, rather than providing the answers.

So don’t be afraid to say that Generation X is cynical. We are, even though I know that not everyone in that generation is cynical, nor are the cynical ones (like me) cynical all the time. The “truth” is that we are cynical and we are not. Behind paradoxes like that lies wisdom that we can really use.