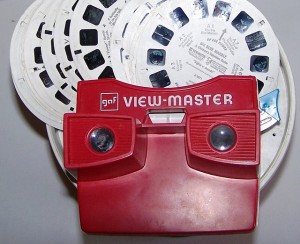 I am 47 years old, and I recognize that I am either in or headed to the “get off my lawn” stage of life. I find myself looking back at the old days more than I used to, and I frequently want to remind my teenage children that when I was growing up, I had to get out of my chair to change the television channel, rather than just swiping my finger across an iPad.

So in that vein, I want to lament about something I miss about the old days: social media.

It’s funny to think of social media as a component of the “old days,” but honestly that’s what it feels like to me today. I miss social media when it was new, when conversations were alive, community was being built, and new relationships with smart people across the country and the world were forming on a weekly basis. I miss conversations among bloggers via linked blog posts. I miss the days when I could actually read my Twitter stream, versus only scanning my @replies.

I’m not saying social media is dead or even a bad thing now (this is a blog post, after all). I still love social media and the way it helps me learn and develop my practice in an accelerated way. But in the big picture, social media has been taken over by the marketing department, and as such, it has been assimilated into the borg. It has become an instrument of the machine. It is a tool we use to convince and convert. It is a channel for content (but at least you don’t have to stand up to change the channel).

Maybe I’m being too sensitive. Maybe it’s operator error and I need to reboot how I use social media. But it’s important to me that we NOT lose the revolutionary element of social media–where the power went to the people and authenticity was not only tolerated, but demanded. Organizations were not built to tolerate such heretical ideas, and as much as they truly desire to “embrace” social media, they will most certainly try to remove those foreign ideas in the process. Beware.