It Is Better to Be Clear than to Be Right 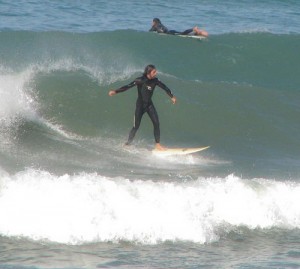 I searched on my blog for the post I wrote about the “hard work of clarity.” I thought it would be on the first page or two of results because it must have been recently.

Turns out it was from 2009, after the session that Maddie, Lindy, and I did on how social media changes the way we work (which can be considered the earliest starting point of Humanize). Maddie had suggested that clarity isn’t so hard, and I was pushing back. People are often good at the very high level clarity stuff (boring mission statements), but the real areas that distinguish you as a leader or as an organization remain comfortably fuzzy for us.

Flash forward to today and an interview in Fast Company with entrepreneur Ping Fu (hat tip to Michael Roberto). She made this brilliant point:

Being right is a huge deal in our culture, inculcated from an early age. I remember (vividly) so many times as a child holding back from expressing myself in school because I was afraid I was not right. Okay, forget “child”–I remember doing that in graduate school too. What a shame. So many opportunities for expression and learning squelched. And it built in me that bad habit, of needing to be right before I share something.

Why is this a problem? In a word, resiliency. The deepest value of clarity is resiliency. Ping Fu talks about the leaders that want respect from being right, but the more I think about it, the more odd that sounds to me. Being right is in the past tense. You are right about something that has already happened. A question that has already been asked. About information that you prevoiusly memorized. About an outcome you correctly predicted. It is static. It is rigid. Being right is that one answer to that one problem that existed in that one context. There is value in all that, of course, but it is limited.

Clarity is resilient. Clarity is emergent and promotes focus. It builds on what was right and brings forward an idea that guides you now and into the future. It recognizes the transitory nature of being right and instead focuses on what matters. I think this is a leadership skill in short supply. Ping Fu’s book is aptly titled “Bend, Not Break.” This should be a mantra of today’s leaders.