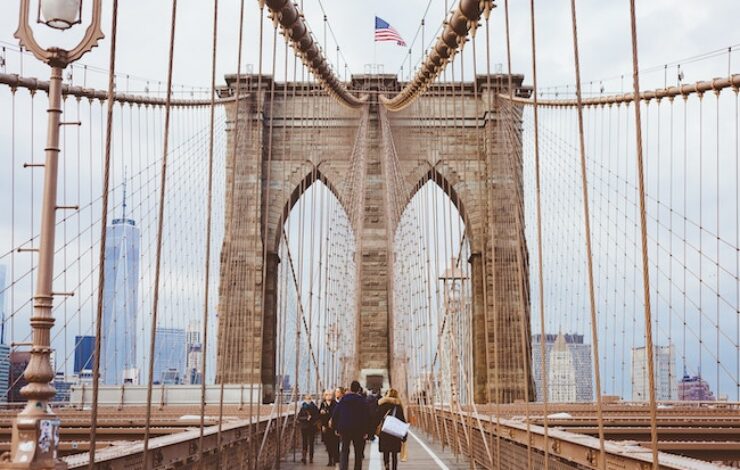 This post is part of a new series investigating workplace culture at a more advanced level (hence the “401” moniker, like you only get access to this course your senior year…), digging into what we see emerging as the “essentials” of culture in the 21st century. Beware, these posts are often a bit longer.

Peter Senge wrote The Fifth Discipline nearly 30 years ago, so systems thinking is by no means a new idea—though looking at most organizations, you might think it was. Based on what I’ve seen, only a small number of organizations truly get it and actively apply the concepts. The rest end up plodding forward, not seeing the reinforcing loops and limiting loops that end up making it like they’re running a race wearing weights around their ankles. They still make it to the finish line, and seem pleased with themselves at their performance, but can you imagine what kind of time they’d have if they just took off the weights!? That’s what seeing systems can do for you.

And futurist cultures get that. They understand systems. They use systems thinking. They design their processes and structures using a systems-thinking lens, and that’s why they end up looking so different than average organizations. One of the key differentiators is an aspect I’m calling “middle-less.”

Senge’s Fifth Discipline gets all the attention as the book on systems thinking, but there’s another one out there that is worth a read: Seeing Systems, by Barry Oshry. This one might be a challenge, as it’s not written traditionally (some of it is more poetry than prose), but it covers some really critical topics related to systems.

One of them is the concept that all systems naturally break down into three layers: tops, middles, and bottoms. And, more importantly, people who are in those categories tend to naturally behave in ways that end up working against the needs of the system. The research behind this book is fascinating. For years Oshry and his colleagues would bring large groups of people from all walks of life to a campus, and then randomly assign them one of the three roles in the system (tops, middles, bottoms). The people who got the bottom role had more crowded living quarters and ended up having to do the cooking and cleaning for the “tops.” Oshry and his team found that no matter what your background coming in, when you got put in one of those roles, you most likely would end up acting the way that role is supposed to act. Oshry calls this the “dance of the blind reflex.”

And this reflexive dance causes a lot of problems. For the tops, the dance tells them they are burdened by their responsibility, as in “I’m so responsible for everything I have to do it all myself” (result: they withhold power from other parts of the system). For the bottoms the dance tells them they are oppressed and the victims, as in “those higher ups are just screwing me so I’m not even going to try” (result: they don’t take the power they already have).

For the middles, the dance tells them it is their destiny to be torn. They are constantly trying to please both the tops and the bottoms, which is ultimately impossible since they don’t really have power (on either the authority side or the raw numbers side). As a result, they tend to either burn out or become resigned to mediocrity. The secret for middles, by the way, is to learn how to simply get out of the way so the tops and bottoms can deal with each other directly.

I think advanced cultures have figured this out, because they frequently embrace the concept of “middle-less.” We featured Menlo Innovations as a case study in When Millennials Take Over, and Menlo’s CEO, Rich Sheridan, recently published his second book, Chief Joy Officer. In it, he tells the story of a manager at a nearby financial services company that was at the Menlo offices getting a training on Menlo’s approach to leadership. Rich was explaining how they do things, and the manager asked “Who do people report to at Menlo?”

Rich actually didn’t know how to answer. They don’t have an org chart or a formalized hierarchy, so he went out and brought in some of his staff to see if they could answer the question. They struggled as well (the customer? the process?), but they settled on “each other.” What’s really interesting is that the financial services manager simply couldn’t accept their answer. He kept probing:

They don’t have a middle. And while not every organization needs to be like Menlo, we think their lack of middle is worthy of some extra attention. If you understand systems, then you will create an organization that minimizes the drag that is caused by that “dance of blind reflex.” Menlo has no middle to be torn, or give up, or cause a bottle neck. And one last piece of data to consider here: when we do culture assessments, we notice that middle management tends to score more traditional than the people both above and below them. The first time I saw this, I mused that perhaps middle management is somehow incompatible with the future of work. That might be over-stating it, but if you want to embrace systems, then I do think you need to figure out how to be middle-less.

Photo by Brandon Day on Unsplash