The Secret is Learning 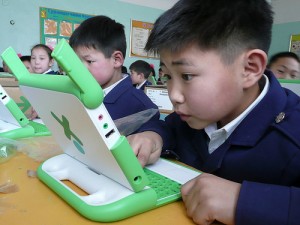 Give yourself a little bit of time (it’s a long article), but definitely read this fabulous article  about the “bossless office” written by Matt Shaer for New York Magazine. He is basically documenting the “decentralization” idea that we talk about in Humanize, and he cites W.L. Gore and Associates, who we write about in the book. He also talks about Morningstar, the tomato processing company, that we only learned about a few months after the book was published, and he has extensive coverage of a Michigan firm, Menlo Innovations, that I hadn’t heard about yet. All of these companies are embracing decentralization in some pretty radical ways (and transparency–Menlo has just started sharing salary data internally).

At one point, the article makes the important point that decentralization is not really valuable when done in a vacuum.

Stephen Courtright told me the story of a manufacturing company that had “misunderstood,” in his words, what self-management was all about—few boundaries or guidelines were set for the work teams, and the feedback loop was practically nonexistent. (Courtright, who was consulting for this company, declined to disclose its name.) “They were just kind of set loose to do their thing,” Courtright said, “and they produced too much inventory, and the company ended up with a stockpile of unused stuff.”

Decentralization–without a feedback loop–is going to fail frequently. But decentralization that is connected to constant feedback and learning can be really powerful. This lesson, by the way, applies whether you are decentralized or not. The more actively, frequently, and deeply your employees are learning as they do their work, the more effective they will be. This requires experimentation, comfort with failure, and employees who are developed enough to handle that.