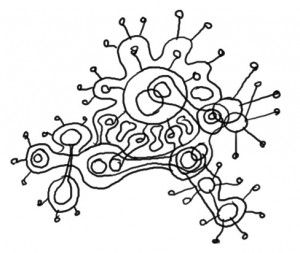 There was a time in the not-too-distant past when the people who were advocating for innovation in organizations were considered a bit on the fringe. Maybe they were the technology geeks–because that’s where we assumed  innovation happened, at the product level. They were thought leaders. Futurists. But they weren’t mainstream. They weren’t the leaders that most companies relied on to move things forward.

The good news is (in my opinion), that has been changing. It’s more mainstream to be focused on innovation. I think it’s getting more coverage in the business press. Even the association community, which, to be honest, has not been known for being on the cutting edge, seems to be taking innovation seriously. One of my takeaways from attending the Great Ideas conference two years ago was that the association community was starting to take innovation more seriously, and I think they have been continuing in that vein.

Shifting towards innovation is just the first step, however. We also need to pay attention to WHAT we are innovating. Yes, many organizations focus on innovating products. This is tempting. It’s cool to be able to say you came up with the new, latest “thing.” Or we’re innovating overall business models, attempting to adapt to our ever quickening online world. We’re changing our programs, our offerings, our value propositions. This is all good. I’m excited by it.

But I still have a question: why on earth are we not innovating management? It seems odd to me. We expect innovation in other areas at such a rapid pace. I saw on Twitter the other day someone mocking the low quality of the TV screen in the seat in front of him on an international flight. His comment: “Ah United, I have FIVE screens in my bag that are better than this one.” He’s right, of course. But at one level his reaction seems almost ludicrous. This person is flying over the Atlantic Ocean…watching TV…choosing his channel…but already this experience is a let-down based on all the innovation that has been happening since that screen was installed maybe ten years ago (not to mention that he’s no longer impressed with the miracle of flight!).

Yet when it comes to management, why don’t we have that same sensibility? We put up with management practices that haven’t seen significant innovation in fifty or even one hundred years! We are absolutely fine using strategic planning processes that were developed in the 1930s and perfected in the 1950s and 60s. Where’s the tweet that says “Ah [my association], I know FIVE budgeting processes that work better than this one?” Why doesn’t it embarrass us that we use the same hiring practices today that our parents went through?

If you’re interested in innovation, then start applying that interest toward management. It desperately needs it. Start a task force that identifies creative new ways to manage performance. Blow the doors off the way you allocate resources. Amaze people with a fundamentally new and more powerful way to do strategy. There are so many areas where we can work on this, and it can have a really huge impact on the organization. More on that in my next post.