What if Employees are Resistant? 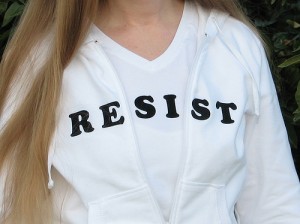 Maddie and I delivered the first of four webinars about the Humanize book, being offered through our Publisher, Que. This one included 10 tips for being more open as an organization.

At the end of the webinar, we had one brave soul ask us a question, and it was an interesting one. This person asked (and this is a paraphrase):

The leadership in our organization is okay with making the move to be more open and transparent, but the staff is somewhat resistant. Our organization has real security/safety issues since our work is about women and abuse, so the idea of being transparent is hard for people to embrace. How do we bring them along?

I love this question for several reasons.

First, it’s a great illustration of the subtlety and nuance that is always there when it comes to issues of creating human organizations and the change that is required to get there. There is no single answer. Even when we boil it down to four human elements (open, trustworthy, generative, and courageous), you have to recognize that ideas like open or transparency will mean different things in different contexts.

Some companies can be more transparent than others, depending on the context. If you work to protect women from abuse, you’re probably not going to be writing extensive blog posts about the details of your work! But that doesn’t mean you shouldn’t be paying attention to openness and transparency. Even in a context like this, there is power in openness and transparency and you don’t want that to go to waste. In this case, you’ll simply focus internally. Where can you increase openness and transparency within your organization, among staff? Look for ways to share things with employees that you hadn’t previously. In the context of social media, humanizing often involves breaking down boundaries between the organization and its external stakeholders, but that does not ALWAYS need to be the case.

The second reason I like this question is because it helps us take a second look at resistance. You know that my new mantra is that change is NOT hard. This is counter-intuitive, I know, because we see people resist change so often, as in the organization mentioned above. But here, as in many cases, they are not resisting change. They are afraid. Here they are afraid of putting either themselves or their client in danger (as in actual physical harm). In other contexts, it might be fear of disappointing the boss or harming their career. But it’s still about being afraid.

So how about you create some safe space where they will be less afraid? Figure out how to create a safe space for them to try out these new behaviors that you want (open, transparent), where they know they won’t be risking physical harm. It may be small scale at first, but the more they have the experience of trying out openness and transparency, the more easily they can expand on it moving forward. If you know what people are afraid of, then it’s easier to design a context where that fear can be removed from the equation.

Overcoming resistance is usually about removing the obstacles, rather than pushing people over them.