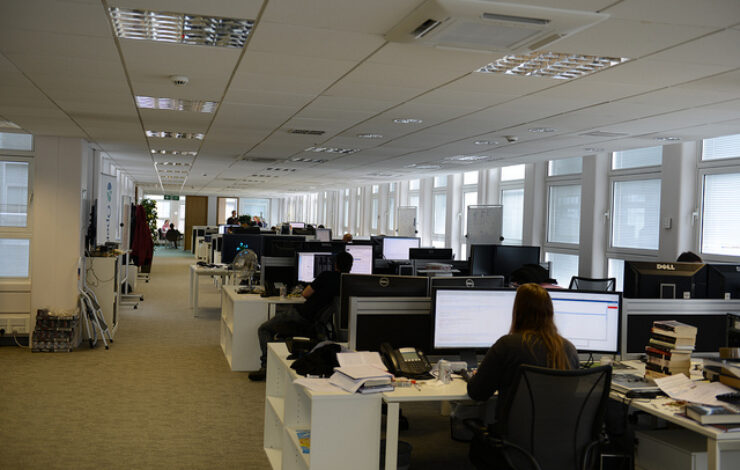 There is a game we play when organizations hire people, and it’s not really serving us. The game centers around what it’s REALLY like to work there. In this game, the organization has an interest in spinning the positive. They are trying to attract the best talent, after all, so they put the accent on things that they think the candidates will like. They put their marketing/branding people on it and create a profile that is carefully crafted to attract the best and the brightest. We’re awesome. We have a great culture. We’re innovative. Check out our foosball table.

The candidates, however, know that you’re lying. Or at least not telling them the whole truth. They won’t call you on it, of course, because they, too, are playing a game. They want the job, so they’re spinning themselves as the best thing since sliced bread. Challenging you on your honesty would only open the door for their own stuff to be called out, so everyone just smiles and only subtly pushes the edge of the envelope. During the interview, the candidate usually goes no farther than asking that bland “So what’s the culture like here?” question, which then produces the obligatory vague-but-generally-positive response from the interviewer. And the game continues.

This game sucks. It gives us organizations full of people who end up hating where they work because they didn’t realize what it was going to be like, and they were unable to authentically express their own preferences. In short, the alignment is way off. Not everyone is misaligned, mind you, but the alignment that we do get is basically by chance.

So what if we could paint a more honest picture, without it messing up our branding efforts? What if we could find people who are actually aligned with what it’s REALLY like to work here?

Check out TruWork (update: WorkXO). Maddie and I are partnering with HR expert Charlie Judy to create a new tool for generating an authentic and powerful employer profile. It’s currently in beta, but we’re actually running companies through the process now to generate a profile and help them tell the story–authentically this time–about what it’s really like to work there. If your company is kind of a hierarchical place, then you should be able to say that. It’s neither good nor bad–it just is. Like any part of any culture, it has its pros and cons. But if you can start with the truth, maybe you’ll find people who don’t mind a little hierarchy, as long as the other aspects of the work (also visible in the profile) meet their needs. In the long run, you might want to address that hierarchy issue, but to be honest, it will be easier to do that once you’ve got some people in place who can tolerate it in the short term. When you start from a place of alignment, the potential to create new and amazing cultures actually increases.

Let me know if you’re interested in being part of the beta. The sooner you clarify what is, the sooner you can move to creating what should be.

UPDATE: TruWork was our beta site/name, but we have since created a new company, called WorkXo and renamed the profiling tool the Workplace Genome Project. Check it out!