You are Responsible for the Culture 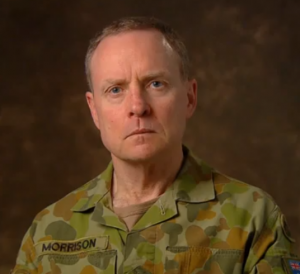 I urge everyone to watch this video of General David Morrison of the Australian Army. It’s only 3 minutes, and in the video he makes crystal clear his views about sexual harassment in the Australian Army. Apparently there is an investigation going on about some inappropriate conduct that was demeaning to women. Unfortunately, this is not the first time I’ve heard of a large organization uncovering some widespread behavior that is demeaning to women, but this IS the first time I’ve seen the very top of the organizational chart get pissed off and make it absolutely clear that “there is no place” for people like that in his organization. Seriously. He’s not vague about it. He tells them to get out. To find something else to do with their lives. Just look at how angry he is. I find his clarity inspiring.

In the middle (about 2 minutes in), he makes a really important point about culture:

Every one of us is responsible for the culture and reputation of our army and the environment in which we work….The standard you walk past is the standard you accept.

He does mention that people who in leadership roles should be paying special attention to this idea, but it goes for all of us.

We all create the culture we’re in. Our actions, our words, even our thoughts. People in leadership roles often have the opportunity to leverage those words, thoughts, and actions, due to the attention they get, but we all are creating the culture every day. Be intentional about it. Be clear about what is valued and what drives success. And choose to behave consistently with that understanding, even if that feels like the harder choice in the moment.