May 21, 2014 in Conflict, Culture, Inclusion and Diversity 0 Comments 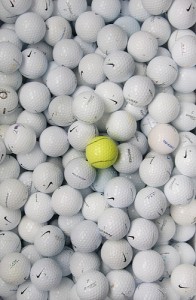 As I mentioned in last week’s post, Maddie and I spoke last week to some very different audiences–one made up of technology folks from some very large, global companies, and the other made up of mostly association executives from very small organizations. One thing that they both talked about (other than the grass being greener…) was the idea that organizational culture can often create conflict within an organization.

The global companies talked about the need for different regional approaches to culture. What works in New York may not be the way to do it in Tokyo or Mumbai. Anyone who travels internationally should not be surprised by this. The associations, on the other hand, had a similar concern when talking about how culture works within the staff of the organization, compared to how it operates among the membership, or on the Board of Directors. Part of our conversation was about the need for clarity with culture, and connecting it directly to what drives success. I think this left people feeling concerned that if they get that clarity in one part of the system, it will conflict with another part that has a different culture. What to do?

I told the story of the time I visited my brother in Japan, where he has been living for several decades. When I arrived that first day, weary from travel, we had to figure out where to eat dinner. My brother was being very indirect in asking me my preferences, which is the appropriate approach in the Japanese culture (he is arguably as much Japanese as he is American by this point). My jet-lagged brain, however, was having trouble with this approach. I finally blurted out something to the effect of “Dave, I’m American. Just ask me what I want for dinner, and I’ll tell you.”

In my culture, I’d take the direct approach, and the Japanese preference would be more indirect. Which is right? Neither (or, more accurately, both). But in that situation I had to negotiate with my cross-cultural partner on how to proceed. Clearly, given my sleep-deprived state, my approach was neither skillful nor cross-culturally sensitive, but fortunately I have a supportive and forgiving brother who took me out to a funky Chinese place that played reggae music.

For organizations, the point is that we need to expect that different parts of the system will respond differently to our cultural clarity, and when conflicts emerge, skillful negotiation is required. It’s okay for cultures to bend. Flexibility is a good thing. And at the same time, parts of the culture will be (and should be) non-negotiable. The different subcultures must work through all these distinctions together. This is the work of a strong and flexible culture.