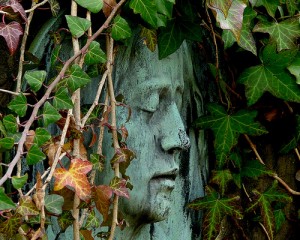 Chris Heuer declares the term “social business” dead. He says the C-suite just doesn’t resonate with the ideas and the proponents have not been successful in describing just what social business is. Examples from the real world (IBM, Ford) seem close, but not quite there. The result: the leaders don’t care about the idea. They’ve got bigger fish to fry. So forget the term social business, and try to identify what’s next, because the ideas behind social business are still critical to the future of work.

Stowe Boyd disagrees with Heuer’s analysis, mostly. He does agree that the term social business has failed to galvanize a strong push for a new way of doing business, but that doesn’t mean we should retreat away from the debate about the term social business, he argues. By staying with the debate, and pushing it to a new level, we’ll finally get clearer about the way business is changing and truly needs to change.

They both agree that the future of work is going to be different, but I guess disagree about what to call it and how we should embrace the term social business.

I’m torn about debates like this. On the one hand, I think language really matters, so we should be intentional and careful about the words we use to describe what is happening. It’s not just what we call it; it shapes the way we think. On the other hand, we often get lost in the words during these debates and end up missing the opportunities to actually do something differently. The door opens for innovation, and then quietly shuts as we stand by, fervently debating our terms. The debate in the association community over the “death” of strategic planning a few years ago falls in to that category, I think. For all the talk about “strategic thinking” and having plans become “living documents,” not a whole lot has changed in practice. Not enough, anyway.

Of course, I say this as if it’s not already happening, but it is. It has been for years. Gary Hamel’s The Future of Management cites examples. Our Humanize book cites examples. The book I’m reading right now (Small Giants, a good read) has another set of examples I hadn’t heard of, because they are not popular, public companies that are the target of most of the management research. Some of my clients are examples. There are organizations out there innovating management and showing us a better way, and there are management thinkers who are identifying the principles behind it (in the books I mentioned, as well as many others). Call it social business, call it human organizations, call it “mojo” (an attribute of the small giants)…call it whatever you want. Just keep doing it, and keep drawing attention to those examples that seem to fly in the face of the “logic” of our current management regime. The more this practice becomes visible, the sooner we can rally around a new movement—whatever it might be called.