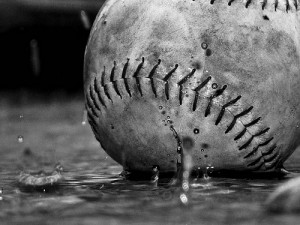 I’m now a huge fan of the movie Moneyball. I don’t think it’s cinematic genius necessarily, but it crystallizes some ideas for me that are central to my work, and central to what we’re saying in Humanize. And it does it in a way that makes them beautifully obvious. If you haven’t seen it, the movie is about Billy Beane, General Manager of the Oakland A’s baseball team, who about 10 years ago started evaluating his players and fielding a team in a completely different way (and getting great results, at about one-fourth the payroll of the big market teams).

Before I go any further, though, I have to point out a blog post that I already know is better than the one I’m writing here, and it covers the the game-changing lessons in Moneyball. It’s written by Olivier Blanchard, author of the book Social Media ROI and the Brandbuilder blog. Olivier is talking more specifically about how companies are struggling to do social media well because they fundamentally misunderstand how the game has changed. But the lessons are applicable more broadly in organizations. We’re not seeing how the leadership game has changed. We’re not seeing how the management game has changed. Olivier makes reference to a scene in the movie where the old-time baseball scouts are arguing with their General Manager who wants to do things differently:

What we see in this scene is a roomful of insiders with a century and a half of industry experience between them, and yet they haven’t figured out that their model is outdated, that their “experience,” is no longer enough to keep moving forward. They carry on day after day, season after season, doing the same thing over and over again, half-expecting a different result, but then again, maybe not. Worst of all, most of them have no idea what the problems plaguing their organizations actually are. A lot of it is just operational myopia. Some of it is also ego: they couldn’t possibly be wrong. All that experience and intuition, the entire industry’s decades-old model… how could things have changed that much, right? And yet they are wrong, the model isn’t working anymore, and instead of listening to the guy in the room who sees it and knows how to fix it, they treat him like a punk. When he wants to do something about it, they push back. Hard.

I have to say, though, I do understand where those experienced scouts were coming from. They didn’t have a lot of hard evidence that Billy’s new approach was going to work. They DID have years of looking back at teams that won championships who also used the same practices for fielding a team that they were advocating. But this raises a point that I make over and over again when I talk about Humanize.

Even the most successful organizations can rarely make a solid case that their success is actually CAUSED by the way they manage their organization.

And the more I look, the more I find evidence that our management practices are actually getting in the way of success. We have enough evidence to start challenging our current ideas and practices. There are numerous examples of companies who do it radically different AND are radically successful (W.L. Gore and Assocates, MorningStar, Semco…). And there is also a lot of research that clearly disproves some of our traditional “best” practices (see Dan Pink’s Drive and Pfeffer and Sutton’s Hard Facts). We now know enough to start sitting at management team meetings and asking ourselves whether we are solving the right problems, just like Billy Beane did. We know enough to NOT roll our eyes when someone suggests strategic planning is a waste of time. We know enough to listen and be curious when someone suggests sharing salary data internally or letting employees select their managers. We certainly don’t know all the answers yet, but it’s time to start running with the questions.

At the end of the 2002 season the Boston Red Sox offered Billy Beane a job. According to the film, it was the highest salary ever offered a General Manager in any sport. He turned it down and stayed with Oakland, but the Red Sox saw the potential in this new system. Not coincidentally, the Red Sox won the World Series two years later, snapping their 86-year drought.

That is the promise of management innovation. There is great untapped potential that can be released with the right changes in the way we manage and lead organizations. It will be unpleasant for the status quo. To quote the Red Sox owner in the movie, for the people with their hands on the controls, this shift will drive them “bat-shit crazy.” But let’s figure out how to push through that, because I don’t think we can go back to the old way and thrive any more.

Find out how “human” your organization is with our company assessment.