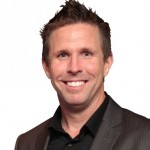 [Below is my first guest post ever on this blog! It is an honor (honour?) I give to Robert Barnes of Fitness Australia. Robert is an association executive in Australia that has put a lot of time, energy, and effort into strengthening the culture at his association, as you will see below. He and I will be speaking together at ASAE’s annual meeting this summer]

When you experience success in a technology project, it is leveled at the people running the project, and the technology itself mostly takes a back seat. When it fails, however,  the technology takes the blame, and ongoing issues are often assumed to be a bug in the system. These notions were confirmed for me recently while attending ConnectingUp 2013, a technology conference for nonprofit professionals held at Australia’s Gold Coast.

The conversations with multiple people were uncanny in their similarity. These professional people, employed within charity and welfare organisations mostly, were excited about learning so many new things about technology. The App tips were inspiring; the tech planning was ground-breaking for them. However they lamented they would not be able to do anything with their knowledge when they returned to work.

I was perplexed. What was going on within these organisations that they would send their employees to the conference, and yet were making no investment in the culture that would embrace their ideas and benefit from them? One story in particular is memorable for all the wrong reasons.

She is a senior manager in the national office of a national federation of counsellors. We talked about how she felt powerless to bring the things she was learning back for the benefit of her role and her team. She was, as she emphasised, pretty high up in the organisation,  yet all the decisions in her organisation were made byt he six-person executive. A 400-strong staff around the country with all their decisions being made by six people. Unbelievable.

My tweet stream will attest to my consistent feeling that we were excited about the information technology and the possibilities for change they present, yet presentation after presentation, we were not talking about the cultural change our organisations needed BEFORE we were ever going to see these possibilities come to life.

It was indeed the elephant in the room that I was feeding via Twitter and every tea break conversation I was having. Yes, I was pumping up the presentation my colleague Angie Karpouzis and I were giving on the final day. Yes, we were going to talk about the cultural journey we are on at Fitness Australia and how technology has impacted and been impacted by this work. Yes, I was feeding the elephant in the room.

Thankfully to a packed room we were able to talk about how Fitness Australia’s culture became a tangible asset to the organisation so much so it is branded and has it’s own hashtag. Turning a Twitter hashtag into an organisational culture was sufficiently left field enough to attract a crowd of those mostly there to hear me put my cultural money where my mouth was. Angie and I were almost relieved to be able convey some lessons learned about the cultural imperatives that must precede or at least concurrently be worked on when seeking the kind of organisational success we all have visions for achieving

After at least 20 minutes of questions following the presentation one man’s statement resonated with me most – something he repeated in a Tweet. He came up to me and said congratulations and “I just don’t believe you.” He just couldn’t believe that an organisation was so focused on culture being the basis of its future success. He didn’t believe that our workplace could as open and as “not bitchy” as we had presented.

Thank you sir – best compliment we have received.