The Hard Work of Transparency 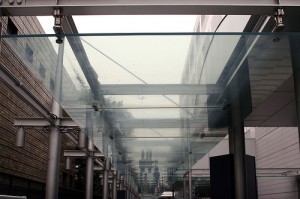 Transparency is one of the 12 human principles that Maddie and I wrote about in Humanize, and it’s one I come back to frequently. Along with decentralization, collaboration, and experimentation, I’d put transparency in my “core four” principles on which organizations should focus if they want to make a shift towards being more human. I’ve noticed that when I read about a company that is doing management in a new, more human way, they almost always have some form of “open book” management. Transparency is at the foundation.

But I do want to remind everyone that transparency is not easy. It’s not just about sharing versus not sharing. Sure, you’ll have to share more than you’re sharing now. That’s a given. But there is more to it than that. You have to share strategically. You have to share things that enable the system to perform better. And you’re probably going to have to do some extra work to make sure that what you’re sharing doesn’t actually embarrass you in the end. As I read once, “If you’re going to walk around naked, you’d better be buff!”

Take (no pun intended) Buffer, for example. They are a company that shares all of its salary information internally. Whole Foods does the same thing. I love bringing examples like this up when I speak, because I can see the audience get uncomfortable, and typically one or two will object, explaining why that’s a bad idea. And for the record, I don’t care whether you share your salary data internally. That’s not the point. The point needs to be that you share the information in order to increase performance in some way. And the other point is that when you share it, you’ve actually thought through your reasoning for why you pay people what you do in the first place.

This, I think, is why so many organizations shudder at the thought of sharing salary data–they don’t want to admit that their compensation strategy is completely made up! They don’t want to reveal that they pay people different amounts for no good reason. They have shame in either paying people too low or too high. (And, as an aside, they’re afraid to deal with conflict that might emerge if people disagree about who gets paid what; and that lack of conflict resolution capacity is a whole other issue.) Buffer actually has a formula for all salaries that they published on their blog. They actually gave this some thought and have a system in place. That makes transparency so much easier. But it’s an important reminder: you have to do the hard work of clarity (why you do things and how you do them), before you make everything clear (as in transparent).