What to Do About Bullying Behavior 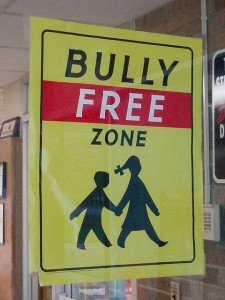 I spoke about both conflict and culture this week, and at the conflict session a participant asked for advice in dealing with a Board leader who was being somewhat “hard charging” on a conference call. He started by saying his point was “non-negotiable,” and then declared that in this year the membership would grow by more than 100% and he wanted to know how the organization was going to achieve that. I was asked how I would have responded to this Board Chair’s “non-negotiable” point.

Now, I’m all for stretch goals and for not just settling with what we did last year, but if you declare your point to be non-negotiable, particularly as a volunteer leader, then you are making it clear (without saying so explicitly) that the rest of us on that call have no choice but to support you.

That’s being a bully. He may have had good intentions (growing membership), but he was using the power of his position to make people do things his way. That’s bullying. Others did not feel free to speak their mind. They probably worried about the consequences they might face if they challenged this “non-negotiable” point. Apparently in the actual conversation, they complied with the bully’s request, eventually asking the consultant what SHE thought they should do.

So here’s what should have happened: someone should have called the bully out on his behavior. That’s probably the best defense against bullies–pointing out what they are doing. I know it’s not easy, and for the record you don’t actually call them a bully (which will just make them mad), but you have to call out their specific behavior and the impact it’s having.

Hey Bob, I know you’re passionate about growing membership, but when you say that the answer is “non-negotiable,” you are basically demanding that the rest of us hold back our opinions if they differ from yours. That shuts down the conversation in this group, and that doesn’t work for us. We generate better solutions and ideas when we can have open conversations where we challenge each other respectfully, and people speak their minds.

And here’s what makes challenging bullies really easy: clarity about your culture. Every organization should be clear enough about the connection between (a) what the organization values internally, and (b) what drives success. You should know whether or not your culture is a place where people always feel free to speak the truth, for instance. And not because you think truth-telling is cool–but because you know that when people speak the truth you generate better solutions or are somehow more successful. Do you see a clear connection between an organization where people feel safe–safe to speak their mind, safe to be themselves, safe to challenge ideas of people higher up in the hierarchy–and actually getting better results? Because if you do, then it’s easy to stand up to bullying behavior (even from the Board Chair), because you are clear that the organization will not succeed as much when that kind of behavior is present. It’s not about the bully’s character or opinions or attitudes. It’s about who we are in this culture and what truly works.

But if you can’t actually articulate your culture, then you have less ground on which to take a stand. If no one ever got clear on who we are as an organization and why, then pretty much any Board chair (or new staff person) can come in and wreak havoc based on their own background and experiences, and it’s much harder to challenge them. Weakly defined cultures are breeding grounds for all the bad behavior we say we don’t want in our workplace, but don’t do enough to prevent.